who owns my image? How to remove images from the internet

Generally speaking, English law is founded on the principle that everything which is not forbidden is allowed. For this reason, as there is no specific law that prohibits the taking of photographs of individuals in public places, anyone can take pictures of whatever and whoever they want without breaking any law provided the pictures are not taken on private land.

"Taking photographs and publishing them are two different things. Just because one has a right to take a photograph in a public place, does not mean that they own the pictured individual’s unique characteristics and distinguished features, the image of their body or face. " 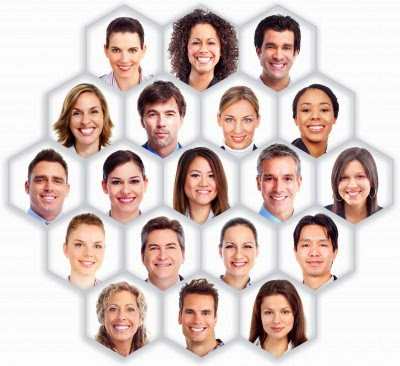 However, taking pictures and publishing them is not the same thing. In many instances it might be lawful to take someone’s picture without their consent but yet it will be unlawful to place the same picture in the public domain.


So if you find your image published on an internet site without your consent, you will often have a right to request the publisher of the website to remove the image from their site and if they refuse or if it is not practical to ask them to do so, you can request Google and other internet search engine operators to de-index the page that contains your image from their search results altogether.

Your right to request the removal of your image from the public domain is derived from “a right to the protection of one’s image” which is enjoyed by all European citizens under European Human Rights law.

Under European Human Rights laws, a person’s image constitutes one of the chief attributes of his or her personality. Under Article 8 of the European Convention of Human Rights, there is a presumption that an individual has a right to control the use of his or her image, including the right to refuse publication. The right to protection of one's images is part of one’s right to respect for private life.
Unfortunately, internet service providers such as Google and Facebook tend to argue that they have a right to publish images as part of a universal right of freedom of expression and/or because certain images might have artistic value.

Although there is some force in their argument, whenever a conflict exists between two or more human rights, one right has to give way. So when a right to private life is balanced against a right to freedom of expression, under European law the right to private life often takes precedent. In fact, on many occasions, the European court has said that there has to be significant public interest for this not to be the case.

Taking photographs and publishing them are two different things. Just because one has a right to take a photograph in a public place, does not mean that they own the pictured individual’s unique characteristics and distinguished features, the image of their body or face. These are still owned by the pictured individual who has a right not to have them published under their right to private life.
Saying this, individuals have a right to private life even in public places. This is particularly the case when an image of an individual is taken covertly, without their knowledge or consent.
In some cases people I advise complain that their images of an intrusive nature are published online. These might be CCTV stills, or embarrassing images taken of them eating, drinking or doing other activities which might portray them in bad light or which might infringe their privacy.

If you wish to have images removed from Google Images or from any website that appears on Google, Bing or Yahoo searches, you should report the images to the website operators or to the search engine provider and they should take action to remove the images from public view. Often however, you will need a persuasive solicitor’s letter to follow before they actually remove your image from their website or from their index.

How to Delete Celebrity Images and Videos From the Internet