Defamation on the internet: Internet Defamation Case Study on How To Use Tagging To Spread Online Defamation. 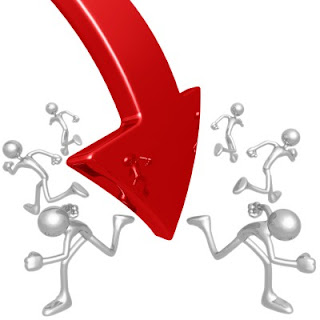 But not all insults are as harmful as the insults suffered by a top civil servant who worked as a social worker for the Children’s Service at a District Council in the North of the country. Having specialised for many years in children with learning difficulties and having achieved a tremendous professional respectability within his County Council and beyond, Stuart Granville (not his real name) was surprised to find out from a colleague that upon searching his name on the internet, the top three results that came out were news stories about social workers who had been jailed having been convicted of offences involving child pornography.

The news stories were not about Stuart Granville at all, but for one reason or another, they appeared at the top of the search pages against the search term ‘Stuart Granville’. The implications of this, as you can imagine were very serious for Stuart.

The association of his name, as someone who has been working with children, with articles about convicted child molesters were damaging to him beyond comprehension. Victim Of Online Defamation By Tagging Stuart immediately became concerned about his career and later on about his personal reputation and it was not long before he started to fear for his personal safety as well as for the wellbeing of his family. Stuart did not have his own website, in fact he was not allowed to have one because of the delicate position that he held within the Children’s Service, which meant that the vacuum which was on the internet against his name, was filled by someone who wanted to harm his career and who had the knowhow on how to associate a name with an article.

So who did this and how was it possible for one individual to cause so much devastation to an innocent and a very respectable member of the public? We will come back to the question of who did this in a moment. But first, let me show you the incredibly simple technique that was used to inflict such damage on Mr Granville and his family.

The technique that was used in this instance to attempt and trash Stuart Granville's reputation is incredible in its simplicity and is one which any individual or company should be aware of. The trick that was used here is called Tagging. Think of Tagging as a description of an item. The purpose of Tagging is to make it easy for internet search engines to associate an article or a product with certain keywords.

The best way to understand Tagging is to forget for a moment about the internet and think instead about a can of Coca Cola. If you were asked to tag a can of Coca Cola with the most relevant words that come to mind, most people will say ‘red’' 'fizzy’ ‘cold’ ‘can’ ‘drink’ ‘refreshing’ and so on. Now, think about this article that you are currently reading. 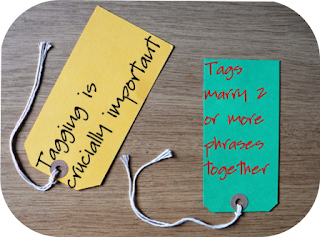 How would you tag it? Or in other words, what would be the best way to describe it in simple short words? I would say, the first words that come to mind are ‘internet law’ ‘tagging’ ‘social worker’ ‘online reputation’ ‘reputation attack’ and so on. In the internet world the Tagging helps the search engines to associate a word, or a phrase with a product or an article. A tag can be added to any article which is posted on the internet by its publisher and sometimes also by third parties, if they are given permission to do so by the publisher.

So tagging is simply a series of keywords, which aim to describe an online item, whether a product, a service, a news story or an educational material. The publisher of the webpages, which contained news articles about a social worker who had been convicted of sexual offences involving children, had tagged each of these articles with a ‘Stuart Granville’ tag and from this point onwards, whenever an internet search was being carried out (particularly using Bing and Yahoo), the search engine made an association between Stuart Granville and the news articles which were tagged with his name.

This process of copying a news article and publishing it on the internet with damaging tags could be done in less than 5 minutes. It can however devastate people’s careers, families and reputation permanently. Simple? Yes. Powerful? Most certainly. In any event, Tagging is something to be aware of and to keep at the back of your mind at all times.

As for the perpetrator of this reputation attack on Stuart, Stuart believed beyond doubt that this was a parent who had had her children taken away from her by Social Services following a serious allegation of abuse.

At the time, she promised Stuart, who had been in charge of the Social Services Team which intervened and took the child away from his abusive mother, that he will live to regret the event. Stuart however, has never been able to prove who this person actually was.

To be fair, he never even seriously attempted to do so because once the problem was taken care of by specialist internet lawyers, and in fact disappeared within days, Stuart, very understandably just wanted to get on with his life, which is exactly what he did.
Yair Cohen
Posted by Yair Cohen at 15:23